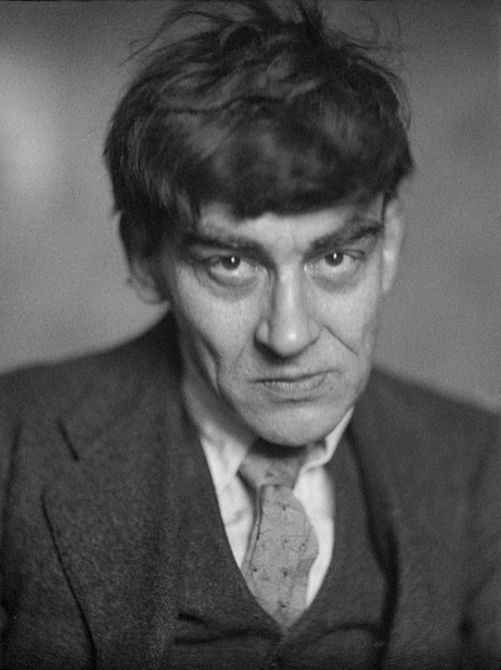 Charles Henry – Allan Bennett was born in London on the 8th December 1872.  His father, who was an engineer passed when he was still a young boy and was raised by his mother as a strict Roman Catholic.  Like Crowley, Bennett suffered from severe asthma and would use a wide variety of drugs to combat it but it would haunt him his entire life which was unfortunately cut short when he died at the age of 51 due to a bowel obstruction.

In 1893 Bennett joined the Theosophical Society which he was a member of until 1895.  In 1894 he also took initiation in the Hermetic Order of the Golden Dawn, taking the motto Frater Iehi Aour which means “let there be light.”  He left a profound impression upon his superiors in the Order and within a year’s time would enter the Golden Dawn’s Second Order.  Shortly thereafter (in 1898) Crowley joined the Golden Dawn and it is here that the two first met.

At the time Bennett struggled financially and lived in sub-par conditions.  So Crowley invited Bennett, who he was very much drawn too – to live with him.  Bennett would agree and hence began there long and fruitful friendship.

A couple of years later Bennett would travel to Southeast Asia, primarily in the hope that it would improve his health but also to study Buddhism.  He moved to Ceylon (modern Sri Lanka) to study Yoga under the Yogi Shri Parananda.  Crowley visited him several times during this period and Bennett would introduce Crowley to a number of practices.

It was during one of these visits that the two went for an extended retreat to practice Yoga together and Bennett came to the conclusion that Buddhism was indeed his calling. In December Bennett relocated to Burma in order to become a novice within Theravada Buddhism and by February of 1902 Bennett took his Bhikkhu ordination which made him the second Englishman ever to become a Theravada monk. At his Ordination he assumed the name Ananda Maitreya (meaning “Bliss of loving kindness”) but would later change it to the Pali version, Ananda Metteyya.  (Matteya being a future incarnation of Buddha).

Just after his ordination Crowley would again visit and the two discussed how they could bring Buddhism to the west.  Crowley fondly recollects this visit in his “Confessions”.  These visits and Bennett’s instructions would serve as a catalyst in Crowley’s spiritual development

Bennett then went on to establish the International Buddhist Society, the Buddhasasana Samagama, in 1903. He began to publish pamphlets and a quarterly journal in English speaking countries with the goal of establish a Buddhist Sangha in England.  In April of 1908 he returned to England to do just this and helped establish the Buddhists Society of Great Britain and Ireland. Bennett would eventually publish two books The Religion of Burma (1911) and The Wisdom of the Aryas (1923).

Though not officially a member of A∴A∴ as we know it Bennett would significantly influence Crowley’s thinking not just in regard to Buddhism but also in regard to Yoga, Pranayama and several other meditative practices whose techniques Crowley continued to utilize and teach throughout his life. Notably, Crowley’s teachings in regard to the Magical Memory stem from what Bennett taught Crowley during this period.

Crowley also included one of Bennett’s essays, “The Training of the Mind” in the Equinox Vol 1 no. 5 and would expand upon Bennett’s Qabalistic dictionary Sepher Sephiroth which is now listed as an official publication of the A∴A∴ given in Class B.

In his essay “The Training the Mind” Bennett describes how meditation can cultivate Right Concentration.  However, what few people know is that Bennett did not write this essay for inclusion in the Equinox – Instead it was originally published in as a pamphlet for Bennett’s organization, the International Buddhist Society in 1908 and was entitled “On the Culture of Mind” which Crowley simply renamed and published in the Equinox, clearly demonstrating that Crowley still highly regarded these teachings.

For further reading on Allan Bennett, please visit our Library.