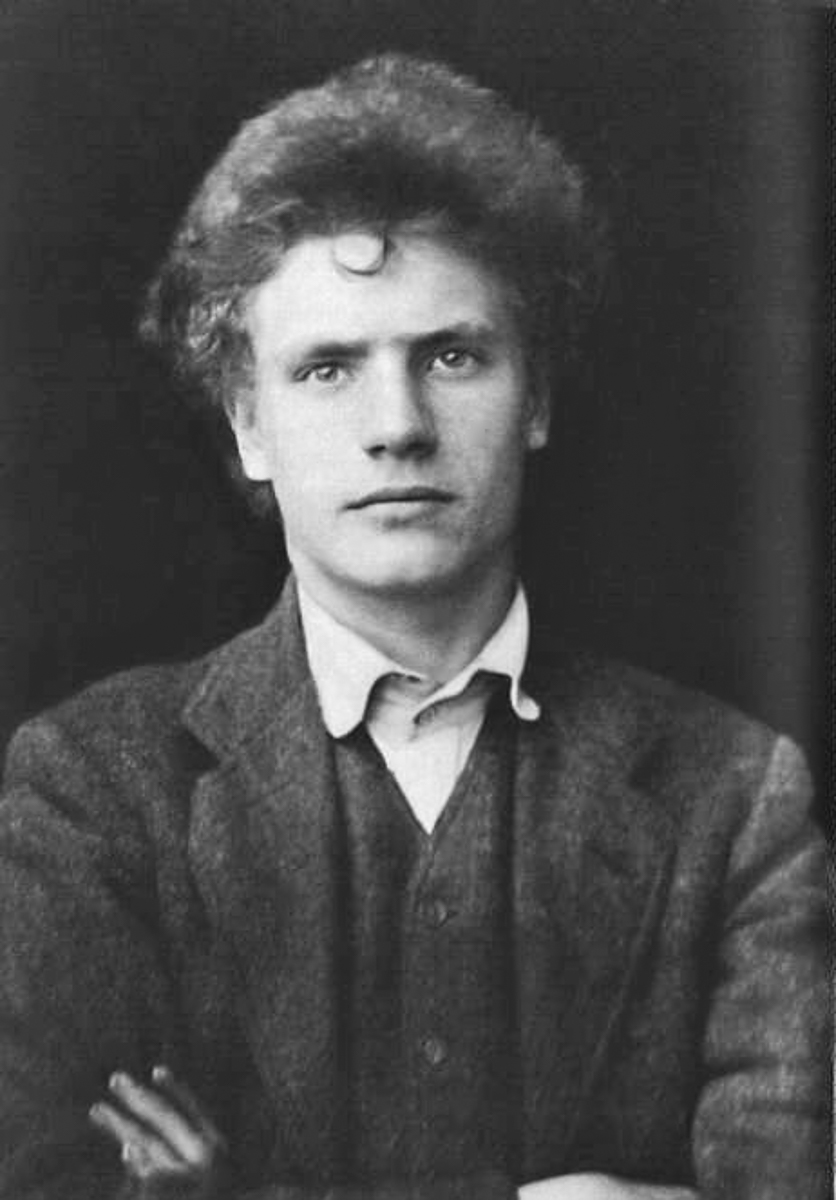 An English occultist, artist, author, and a Probationer of the A∴A∴, Spare was best known for his drawings which drew comparisons to the work of Aubrey Beardsley. Though Spare would never become as successful as his work perhaps deserved, his art would be exhibited at the Royal Academy, and at London’s Bruton galleries, among others, and remains collectable today.

Crowley would discover Spare through his art and admitted him as a Probationer of the A∴A∴ on July 10, 1909.  Spare was the seventh member to join the Order, signing his Probationer Oath with the magical motto Yihoveaum, and though he remained a member of the A∴A∴ until 1912, he would never progress past this Grade. Sometime later Crowley recorded on his Oath, “An artist can’t understand organization, or would have passed.”

Nonetheless, a couple of Spare’s illustrations were reproduced in Crowley’s “A Handbook of Geomancy”, published in the second issue of the “The Equinox” (circa 1909 e.v.) and Crowley generally remembered Spare fondly. It is rumored that the two were likely lovers for a short time, and the author Phil Baker (in the book “Austin Osman Spare” published by Attractor Press in 2011) suggests that Crowley immortalized their relationship in three poems published in “The Winged Beetle”. These are: “The Twins,” in which Crowley compares himself and Spare to the incestuous gods Horus and Set, “The Priestess of Panormita”, and the “The Garden of Janus”, which Baker describes as “off puttingly sodomitical for some tastes” …

From “The Garden of Janus”

The cloud my bed is tinged with blood and foam.

The vault yet blazes with the sun

Writhing above the West, brave hippodrome

Whose gladiators shock and shun

As the blue night devours then, crested comb

That eats the shores of life, rings round eternity !

So he is gone whose giant sword shed flame

Into my bowels ; my blood’s bewitched ;

My brain’s afloat with ecstasy of shame.

That tearing pain is gone, enriched

By his life-spasm ; but he being gone, the same

Sucked by the Dragon down below death’s horizon.

Shortly after breaking from Crowley, Spare was conscripted in the British army and served as a medical orderly and war artist during the first World War.

Spare studied H.P. Blavatsky, theosophy, psychoanalysis, psychology and the writings of Levi and Barrett. He claimed initiation, via a “Mrs. Patterson”, into a long line of witches that had survived the persecution of colonial Salem.

Spare would go onto author several books, including “The Book of Pleasure,” an artistic and sexual exploration of the subconscious. In his writings and practices Spare placed great emphasis on sigils and sexual magick throughout his life and claimed communication with many disembodied entities and elemental spirits. He created his own magical system, the Zos Kia Cultus, and pioneered advances in automatic writing, and emphasized the unconscious mind as a font of inspiration. Spare’s theories included sigil creation based on the concept of sentient symbols. His “alphabet of desire” remains influential, and his magical theories would influence Crowley’s student Kenneth Grant, and the chaos magick practitioners of the later 20th and early 21st centuries.