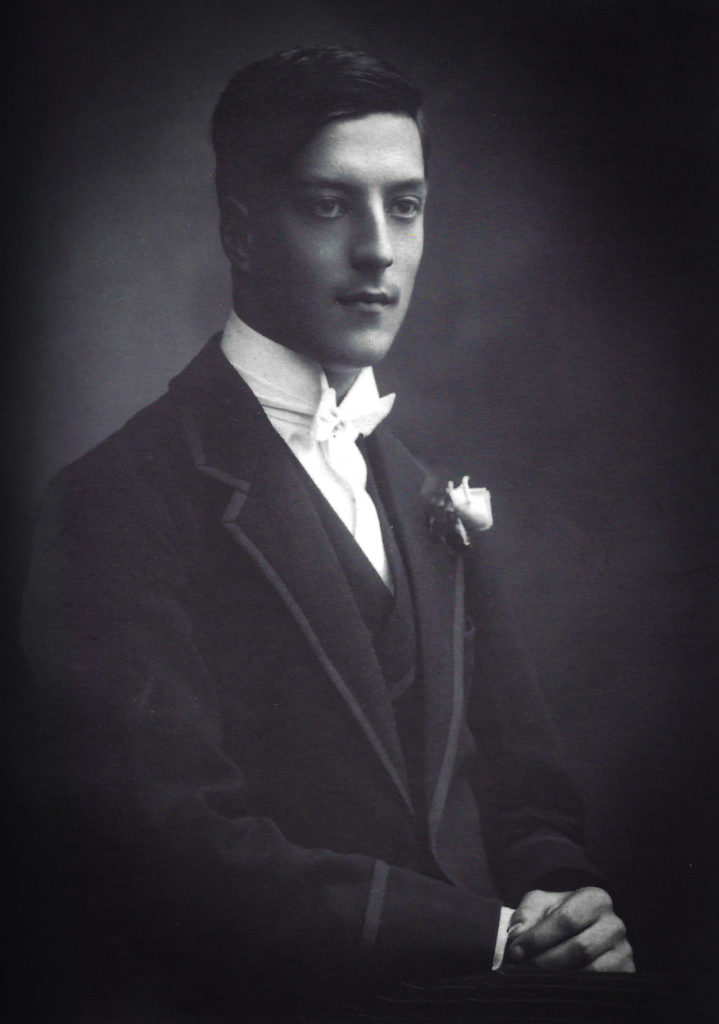 Gerald Joseph Yorke (1901 – 1983)  An English author who was instrumental in the publication of many important works regarding the occult, yoga and Buddhism.  As a young man, Yorke served as a Major in the Tank Corps of the British military.  Later in life he served as the personal representative in the West of the thirteenth Dalai Lama, Thubten Gyatso.

Yorke met Crowley on New Year’s eve in the year 1927. He had previously been reading Crowley’s work and became interested in meeting him.  He was put in contact with Crowley through a mutual associate, J.G. Bayley. Yorke was immediately impressed with Crowley and within a months’ time signed the Probationer Oath of the A∴A∴ taking the motto Volo Intellegere meaning, I will to Understand.

Yorke would go on to become one of Crowley’s closest associates. Though initially a student, Yorke would eventually become a confidant of Crowley’s, at times acting as his agent and at other times simply providing him with sound advice.  Yorke also aided with publications; he would pay for a typist to copy Crowley’s manuscripts and often provided funds towards printing.  He was one of the few that Crowley would trust to read over his work prior to publication. Yorke would in fact help Crowley critique Liber OZ prior to its publication, and is likely the only person to have contributed in such a manner.[1]Crowley would send Yorke and three others a copy of the completed Liber OZ on December 1st, 1940.

When Yorke joined the A∴A∴ in January of 1928 there were only eight remaining members, and Yorke took it upon himself to write to each.  He hoped to re-ignite the Order and provide Crowley with a means of financial support, via membership subscriptions, so that Crowley could focus on his writing.  However, only one aspirant responded—but with his aid, along with that of Yorke and Germer’s contributions, Crowley was afforded a furnished flat in Paris.

In 1932 Crowley and Yorke fell out over a financial disagreement in which Crowley was being entirely unreasonable.  This ultimately led to Yorke resigning from the A∴A∴. Yorke, a man of true integrity, had two students at the time, both Probationers, and he made sure to pass on their records before leaving.  Yorke, however, continued to pursue his spiritual interests. He set out for China where he travelled, studied Buddhism, and eventually took a job working as a correspondent for Reuters.

On his return to England, Yorke resumed contact with Crowley, though their relationship was fundamentally changed.  Yorke, who Crowley would refer to as the “Rat”, was now treated as a friend rather than a student.  Nonetheless, Yorke still labored to preserve Crowley’s work and in doing so assembled what is likely the most significant collection of Crowley-related material.  Without Yorke’s archive, now held at the Warburg institute in London, there is no question that a great deal of Crowley’s personal writings would be lost to us, as this archive makes up the bulk of the historical record as we have it today. Even after Crowley’s death in 1947, Yorke kept his promise to preserve the Beast’s legacy and his many annotations in the Warburg archives continues to aid scholars even today.

When Yorke passed away in 1983, what remained of his private collection fell to his son, and the family today is still in possession of many rare items including original art works and the personal Janus wand of the Great Beast. 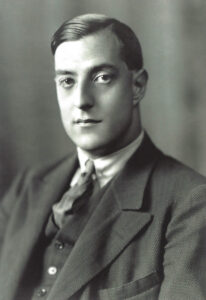 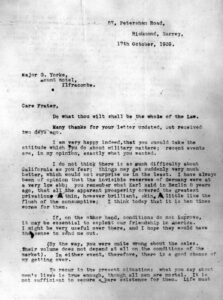 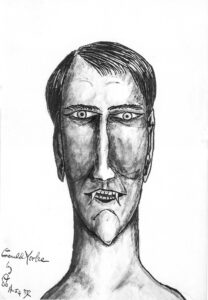 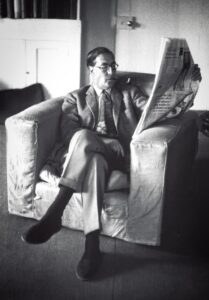