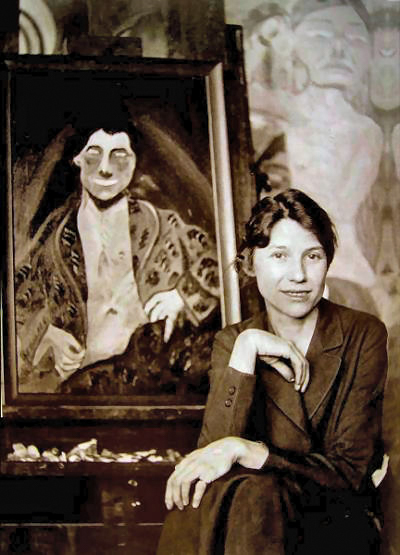 Leah Hirsig (9 April 1883 – 22 February 1975): Leah first met Crowley in the Spring of 1918 and immediately they were drawn to each other.  Apparently, Crowley upon first seeing her, began to shower her with kisses to which she offered no resistance.  In a short measure of time Leah would become his Scarlet Woman and the inspiration for many of Crowley’s poems and works of art from this period; including the now infamous Leah Sublime, a piece containing 156 lines and 666 words.  On the day that Crowley penned this vile verse he recorded in his journal, “I think I’ll collect all my filth in one poem and mark it Leah in plain figures”.

“Stab your demonical smile to my brain… Soak me in cognac, cunt and cocaine… Sprawl on me sit… on my mouth Leah shit!” Churn on me Leah… twist on your thighs… smear diarrhea into my eyes… Splutter out shit… from the bottomless pit…  —Leah Sublime

Hirsig embraced the Law of Thelema and eagerly agreed to study the occult arts under Crowley.  She joined the A∴A∴ in 1919, taking the magical name Alostrael, meaning “Virgin Guardian of the Sangraal”.  Crowley would also bestow upon her the moniker “The Ape of Thoth”,  a reference to the inspiration he found in her.  Hirsig was instrumental in helping Crowley establish the Abbey of Thelema at Cefalu, Italy in the early 1920’s, co-signing the Abbey’s lease as the Contessa Léa Harcourt. There on May 23, 1921, Hirsig stood as Crowley’s only physical witness to attainment of the grade of 10°=1□ Ipsissimus of the A∴A∴.

Leah Hirsig herself would claim the grade of 8°=3□, a Magister Templi of the A∴A∴ and from the onset her devotion to Thelema was total as this entry in her diary from 1921 attests:

“I dedicate myself wholly to The Great Work. I will work for wickedness, I will kill my heart, I will be shameless before all men, I will freely prostitute my body to all creatures.”

Despite her total devotion to Crowley, he would eventually replace her—appointing another Scarlet Woman, Dorothy Olsen, in 1924.  Hirsig was devastated.  She nonetheless continued as best she could to pursue the Great Work.  Just two days before the autumnal Equinox that year, Leah wrote in her journal, “I hereby renounce the title of the Scarlet Woman and pass it on to the ‘scarlet-Concubine of his Desire, the daughter of Babalon.”  Leah had convinced herself that she was an incarnation of Babalon, consecrated as a Bride to the spirit of Chaos and that Dorothy was her magical child.

Years later, after she had broken from Crowley and her life regained a state of relative normalcy, Leah returned to her original occupation and took a job as a school teacher in the United States before ultimately retiring to her homeland of  Switzerland, where she died in 1975 at the age of 91. 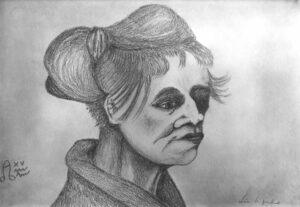 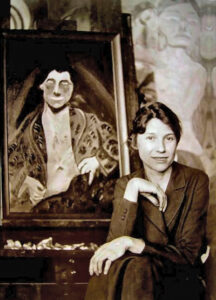 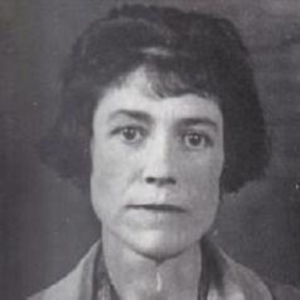 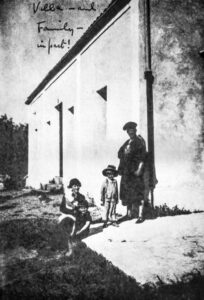 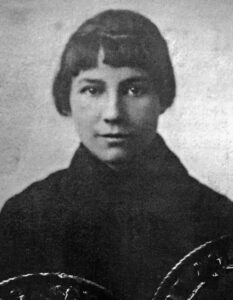 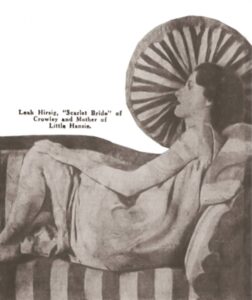 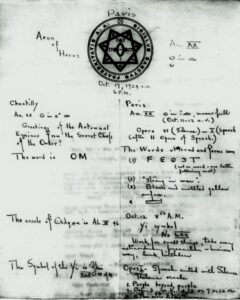