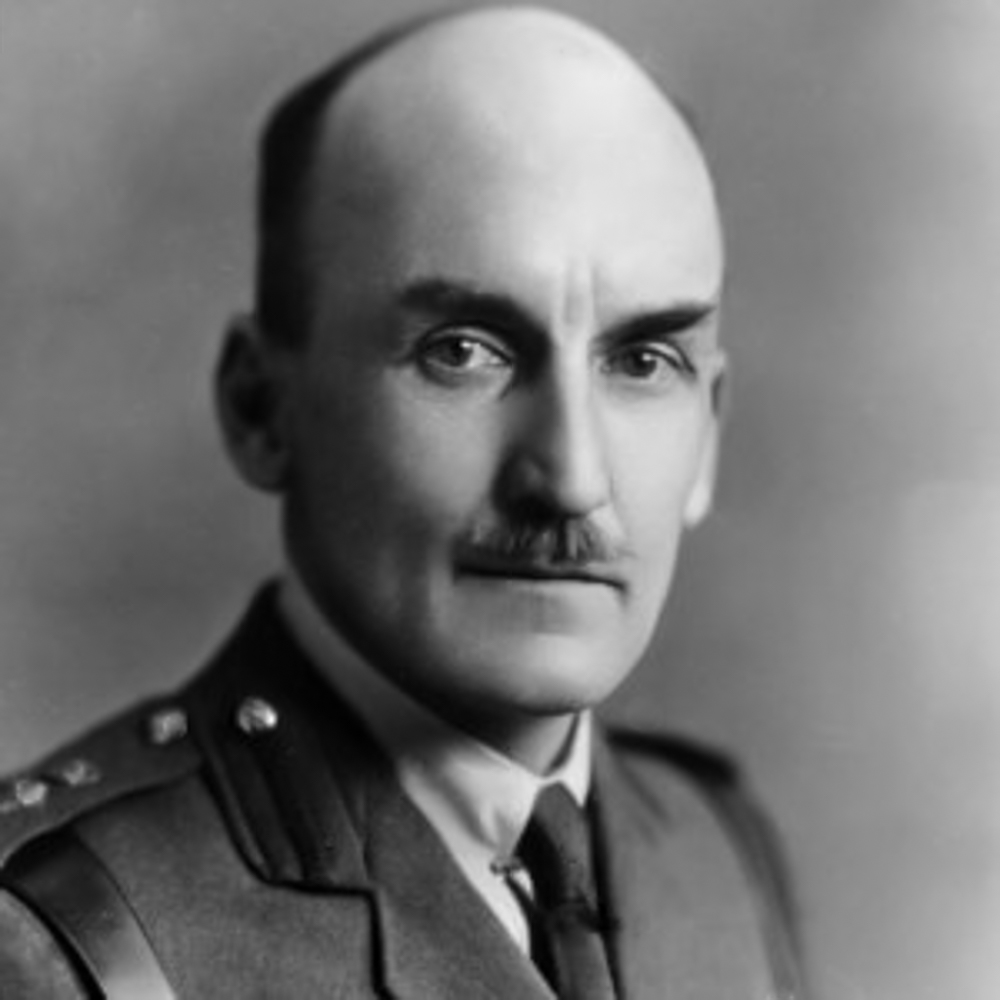 J.F.C. Fuller, also known as Boney to his mates, was born in West Sussex, United Kingdom.  He was a highly decorated military man, veteran of the second Boer War and the first World War ultimately receiving the rank of Major General.  Fuller was a leading expert in the field of tank warfare and is considered by some to be the Grandfather of Blitzkrieg tactics.  He was also a prolific writer who published books and essays on various topics, especially on the strategies of war.  Many of these works are still considered viable and studied by students of mechanized warfare.  Fuller emphasized the potential of exploiting new weapons in the field, especially tanks and aircraft, to stun and overwhelm the enemy psychologically.

Fuller later became controversial in British politics because of his support for the organized fascist movement.  The Germans took interest in Fuller’s ideas on mechanized warfare and out of respect for his work, invited Fuller to Nazi Germany’s first armed maneuvers in 1935.  Fuller was the only foreigner present which only escalated the controversy surrounding his name.  When Fuller returned home to England, he began frequently and publically praising Adolf Hitler and was later invited, as an honored guest, to Hitler’s 50th birthday parade.  Once World War II broke out Fuller was under immediate suspicion as a Nazi sympathizer, though never prosecuted of any crimes.

Fuller was also a Thelemite who wrote a number of works on esotericism and mysticism. In particular, his book on Yoga is of high interest to Students of Thelema.  Fuller met Crowley after entering a competition to write a review on one of Crowley’s poetic works.  He won the competition and his essay was later published as The Star in the West (1907).  Fuller, now an adherent of Thelema,  joined the A∴A∴ and became an editor and contributor to ‘The Equinox’ series. Though his association with Crowley lasted but a few years, Fuller has one rather astounding distinction among Aspirants of the A∴A∴ – that is, he is the author of the only Class A document, officially adopted by Crowley, that was entirely penned by another; that is Liber 963, The Treasure-House of Images.  This work was published in Equinox Volume I number 3 in 1910.  And, though listed as Frater N.S.F. (Non Sine Fulmine) 5=6 and Cancellarius in the imprimatur, Fuller was just a Probationer at the time.

A selection of Fuller’s writings can be found in the Library.